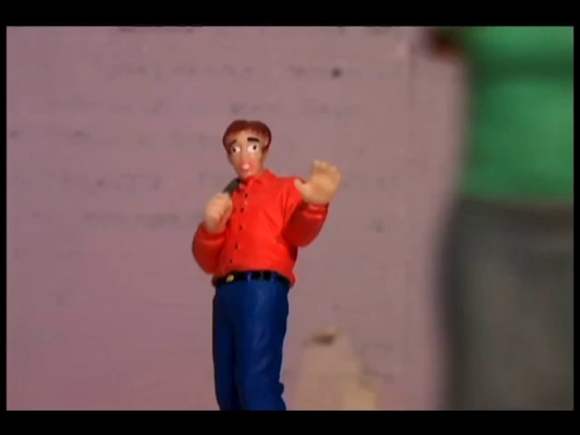 Al Franken has said he’ll resign.  If so, he will be gone from the Senate not because he was a vicious predator but because there was a bad chemical reaction between his sexual immaturity, his just “having fun” with women’s bodies, and this moment of improvisatory boundary-drawing that likens the jokester to the predator. What’s going on?

Lots of people are worrying about this.  Some are using the language of the “witch hunt,” which is a term people use when they feel women coming after men as though the worst guy is the typical one. Some queers are reviving the language of the “moral panic,” in fear that this moment justifies and amplifies erotophobia, an already pervasive hatred of sex that ends up harming women, LGBTQ-identified people—anyone whose sexuality or body or appetites have been historically disparaged by the state, the hygienic bourgeoisie and the religious.

Everyone has appetites: yet many people think their own aversion to sex or ways of managing desire are evidence of moral virtue. Nowhere is this more evident than in how they process the casual pleasures.

Here’s the thing about the jokester and the predator. Power shows its ugliest tentacles most clearly in these figures, yet they seem at opposite extremes. Where the predator creates a situation they can exploit, it is often cushioned by a menacing sense that they control the interactive space and that they’re unavoidable. When a goof performs a joke, which is mostly spontaneous and casual, it is shaped by the play of surprise and hard to process in the moment. Time and fresh awkwardness provide the jokester’s cushion, however slight. In both cases the target suddenly feels baffled or overwhelmed.

It is hard for people to get their minds around this.  It can seem like a false equivalence between the predator and the jokester.  Like all analogies, it’s partial. But now it’s powerful to link them, because both are clearly protected by privilege: by control over time and space and the framing of consequences in domains of capital, labor, institutional belonging, and speech situations where the structurally vulnerable are forced to “choose their battles” or just act like a good sport.

It’s not just women who must feel compelled to take it and eat it: it’s anyone institutionally less powerful, including men when they are. Structural power is expressed in such incidents.  Incidents add up to environments, toxic atmospheres: often people lower in the pecking order find ways to live in them by imitating some habits of the powerful while honing varieties of defensive stealth like sarcasm, gossip, self-harm, or dissociating. Usually they keep quiet about the cost of staying in the game by appearing to be game. This is why keeping things “in scale” is not possible: many forces converge in the intimate encounter with structural power, and they’re often not fully equivalent at the level of event.

But if everyone is vulnerable to harassment and teasing, the world of humiliation and dings, sexualized, racialized, and lower-rank workers are way more vulnerable. It’s not unusual to undergo these encounters as a predictable kind of unwanted overcloseness, whether or not it’s darkly predatory, jokey, or both.  It’s often both.

So, the predator has control of situations; the jokester induces one on the spot. Even the professional comedian, whom you seek out in order to be both surprised and confirmed, is there to jolt you with a pleasure you didn’t specifically ask for.  No one asks to be the predator’s audience: that is why we call their acts violence. We often do enjoy the comedian’s: but there are conventions for what kinds of surprise we’re in for, warm conventions of the inside joke to which comedians usually submit themselves. Spontaneous jokesters, in contrast, make the scene happen just by playing around with you. It’s a different risk, offering different joys too.

I liked Al Franken: I thought he could take Trump in the general election. Both entertainers, they’d argue policy by way of showman putdowns and sarcastic arguments. But Franken got caught on camera treating women as toys, and lost the high ground that protected his self-pleasuring casual power from seeming insensitive or exploitative. Here is how I learned to notice this.

“He toyed with my body.”  This was said to me by someone who needed my help.  It was 1975, the year Against Our Will came out, when I was 18.[1] There was no “mandatory reporting” then, no public world for turning around the horrible privacy sexual violence pushes you into. People were mainly stuck living lonely with the consequences of other people’s predation at that time: as they largely still are.

I don’t know what she meant.  Out of love and care and rapid-firing fear I didn’t ask. I said, “what should I do?”  She told me what she wanted me to do and I did it. Occasionally we talk about it, when she wants to. She doesn’t regret the way we handled it. By avoiding going public she got not to be defined by the toying, giving it a shot at being a thing that happened rather than THE thing that happened.[2]

The conversation completely changed me, shaping different events over time. “He toyed with my body.” As it happens, now I study comedy. I take seriously the relation between aggression and pleasure. I don’t think it only means aggression. But I pay a lot of attention. Not just to jokes, but to the innumerable double-takes that ordinary encounters generate when people are trying to stay in relation. It’s not just in gestures and moments that casual power wields its force. In Chicago at Christmas women come to the city wearing their perfume and mink coats. I ask myself, how much does your pleasure cost, and who pays for it? I think the same thing when I imagine who stayed poor so I could buy a can of cheap cooked beans. Our pleasures can be very expensive when they’re protected by wealth, law and norm; our pleasures can add up when they are casual, too.

The next time you hear your voice bleat, “It was just a joke,” ask yourself: who made you the boss of genre? And when something affronts you, slow things down: who made you the boss of genre? This should be a genuine question: not a rhetorical one. I don’t mean to diminish your visceral response, just to ask what else. Things happen after the trigger and its flood or the bargaining that makes someone laugh it off or plunder language for words like “toy.”

You can know something at high speeds; you can learn something at slow ones. The joke might be, as Ralph Ellison wrote, a yoke.[3] But there could also be a difference among a disturbance, a tweak, a good surprise, and a harm. Sometimes, like now, a whole set of various “we’s” are tired of being better in the situation than the person or community that fouls us is. Sometimes, like now, revenge is the only efficient justice people feel they have, after all the gossip and HR fails. But reflexive revenge will surely not solve the problem of scaling social jostling, casual play, violence, intimacy: or sex. It’s a time to organize social ways of derailing toxic environments, along with the thrilled aha, scorn and whatever else continues to see sex as a dirty appetite that other people have.

Good play involves trust, but how do you build it at the same time as you’re saying NO! to a world that coddles the toying bully and the aggro one?  Maybe trust’s not a high priority now. It’s a problem. I’m not kidding.

Thanks to Joshua Clover, Joe Fischel, Dana Luciano, and Tavia Nyong’o for helping me write to the tenth draft.

[2] I learned to notice this from Elspeth Probyn’s argument that the minimizing rescaling of assaultive events has been a powerful strategy in queer autobiography—and, clearly, not just queer. See Outside Belonging  (London: Routledge, 1996), 98.