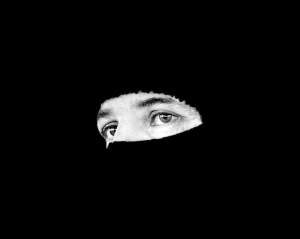 On 25 May, Subcommander Marcos sent an open letter to the world from the “Zapatista reality” announcing the death of Marcos, who was constructed to act as a media representative and voice of the revolutionary project of Chiapas. “These will be my last word in public before ceasing to exist.” The same statement announced the birth of Subcommander Galeano, a name borrowed from José Luis Solis “Galeano” – a colleague murdered by paramilitaries on 2 May. “One of us has to die”, explained the Subcommander, “so that Galeano can live. And so that the impertinent death can be satisfied. In the place of Galeano we put another name so that he may live and death takes away not a life but just a name, a few letters emptied of all meaning, all history and all life.” We know, of course, that José Luis Solis Jose borrowed his own name from the writer of Open Veins of Latin America. The Subcommander, who has always been miles ahead of the egotistical elders of French poststructuralism, operates within the realm of the political production the death of the author that Barthes proposed in the realm of a text.

In the last few years, the Zapatistas have constructed the most creative option for confronting the (failed) necropolitical options of neoliberalism, as well as those proposed by communism. The Zapatistas, unlike any other movement, is inventing a political methodology for “organizing rage”. And reinventing life. In 1994, the Zapatista Army of National Liberation (ELNZ) – through the figure of subcommander Marcos – began to conceive of a new means of doing decolonial philosophy for the twenty first century that distanced itself from the treatise (inherited from the ecclesiastic and colonial culture of the book that began in the sixteenth century and declined towards the end of the last) in order to act from an oral-digital techno-indigenous culture that is whispered across the social networks as rituals, letters, messages, stories and parables. The Zapatistas are showing us one of the central techniques of production of political subjectivity: deprivatizing birth names with borrowed names and undoing the individualist fiction of the “real and natural” face.

Not so far from the subcommander, resides another political space where the stability of one’s given name is also challenged in the same theatrical and shamanic gesture – a space where the truth of the face as an ultimate reference of personal identity is disrupted: the transsexual, transgender, gender-queer, drag king and drag queen cultures. Every trans person has (or had) two (or more) names: the one they were assigned at birth by the dominant culture seeking to normalize them and the one that marks a process of dissident subjectivity. Trans names are not so much an affirmation about belonging to another sex, rather they are the detonators for a process of dis-identification. The subcommander Marcos, who learnt more from the pen of the queer Mexican writer Carlos Monsivais than the manly beard of Fidel, was a drag king personality: the intentional construction of a masculine fiction (the hero and the voice of the rebel) through technical performances. A revolutionary emblem without a face or ego: made from words and collective dreams, constructed with a balaclava and a pipe. The borrowed name and the facemask are methods of political parody that work to denounce the masks that cover the faces of the corrupt police and the hegemony: “Why is there so much scandal about the masks?” Said Marcos “Is Mexican Society really ready to take off its own mask?” Just like the balaclava undoes the individual “truth” of the face, the given name is unraveled and collectivized.

For the Zapatistas, given names and balaclavas work in the same way that the wig, the second name, moustache and heels work in trans culture: as intentional and hyperbolic signs of a political-sexual transvestism as well as queer-indigenous weapons that allow us to confront neoliberal aesthetics. And this is not through a notion of true sex or an authentic name, rather through the construction of a living fiction that resists the norm.

The experiments of the Zapatistas, queer and trans cultures invite us to deprivatize the face and the name in order to transform the body of the multitude into a collective revolutionary agent. From this shared common body, I would like to respond to Subcommander Galeano with the proposition that from now on I will sign with my trans name – Beatriz Marcos Preciado – harnessing the performative force of the political fiction created by the Zapatistas and letting it live in the queer guerrilla of a decomposing Europe: so that the Zapatista reality is.

First of all I want to thank Mauro Cabral and Alain Versa for their comments, especially since a response from the author or originator of the blog has not yet materialised. Although I am not a Spanish speaker I am able to use ‘google translate’ and understand the basics, if not the nuance and beauty of the language used.

Secondly, I want to amend the credits that were in the first instance entirely absent. The image of the person with the tattoo was created by Elisa Shea and the subject is Amos Mac. In the case of “the photo by Del LaGrace Volcano” the title is GENDER OPTIONAL: THE MUTATING SELF PORTRAIT by Del LaGrace Volcano. Please note that permission to use these images was neither sought nor given. (Although to be fair when I asked to be credited one could say that I gave my implicit consent.)

I find it curious and inexplicable that neither Halberstam nor Preciado, who are both aware of my own sensitivity regarding appropriation and exploitation, thought to credit the photos on their own accord. Particularly given the subject of this blog.

I find it curiouser still that a piece that is purporting to be about revolutionary tactics and actions behaves towards those who have dissenting opinions by total silence and/or dismissal.

I feel it is necessary to clarify my position in relation to the text and the use of photographs. I operate from a ‘copyleft’ position. IF and when my work is reproduced in a nonprofit, queer political context, as it is here, I am not asking for payment-just to be properly credited. I (usually) enjoy seeing my work travel and am feel honoured that others want to use it-provided the work and the creator/instigator/s are named. So if my comment came across as angry or my feeling ‘ripped off’ that was not my intention. As far as the content is concerned what I want is to help provoke and stimulate a dialog.

Reblogged this on synthetic_zero and commented:
bending not broken…