Is male midlife crisis really a good theme for children’s movies? It was the rationale for breaking out the superhero suit in The Incredibles (2004) the motivation for chicken hunting in Fantastic Mr. Fox (2010) and now it is the mechanism by which the latest Shrek sequel becomes a prequel! 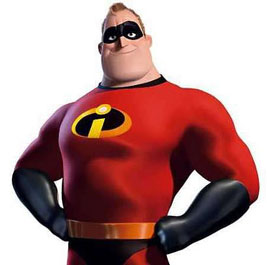 Messrs Incredible and Fox both feel unexcited by a life of ordinary domesticity and each yearns to experience the extraordinary again. While for the portly Mr. Incredible this involves the small matter of squeezing into the superhero suit of years past and, more credibly, saving the world, for Mr. Fox it is simply the thrill of being back in the hunt. Mr. Incredible and Mr. Fox bow under the weight of having to be “incredible” and “fantastic” all the time, but both also thrive under pressure. For Shrek, his male midlife crisis comes in the form of a malaise with the life of a former ogre: a formerly scary and horrifying figure, Shrek is now reduced to signing autographs and producing ogre roars on command. The fourth and possibly final film in the big green Shrek enterprise, Shrek Forever After, is not quite as queer in its depiction of alternative masculinities as Fantastic Mr. Fox but it is a huge improvement on the impossibly hetero male midlife crisis of Mr. Incredible.

The plot of Shrek Forever After is simple enough…sort of: Shrek, finding himself locked into a domestic routine of babies and marital responsibility, becomes vulnerable to the machinations of Rumpelstiltskin who offers to trade him another day of ogre-hood in exchange for one day from his childhood. Predictably the day that Rumpelstiltskin picks is the day of Shrek’s birth and so, in a time loop worthy of Chris Marker’s films, the Terminator series, or the Dude, Where’s My Car folks, Shrek has to obtain “true love’s kiss” in order to push back the impending doom spelled by his never having been born. For, if Shrek were not born, and Fiona was not saved from the castle, then Fiona’s parents would have signed their kingdom over to Rumpelstiltskin in exchange for her freedom. Following? This is heady, time loopy stuff for a children’s film! Shrek not only uses a really complicated temporal frame however, it also deals in the all too current material of dystopian futurity. 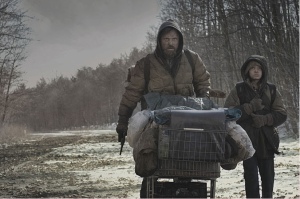 Like The Road, the film adapted from the novel of the same name by Cormac McCarthy, that draws its audience into an impossibly dark universe post oil spills, post nuclear war in the middle east, post Sarah Palin presidency and introduces us to a future of tea party types ravaging the country and eating all the “good guys” they can find, Shrek Forever After plays the “what if” game and imagines an unhappy ever after. But there are post-apocalyptic landscapes and post-apocalyptic landscapes and I would rather be in Shrek’s nightmare than Cormac McCarthy’s any day.

One ogre’s dystopia, after all, may be another witch’s dream come true. There are two queer angles on this film that maybe are not so obvious to the untrained eye (untrained in queer animation that is!) but that become obvious in the dystopia fantasy at the heart of the 3D film. In the first, we can see Shrek’s midlife crisis as an allegory for the dangers of assimilation. Shrek laments that he used to be able to scare people and that villagers would run in horror from him. Now, he is welcomed into their homes. Queers, in this allegory, should worry about being accepted into a culture of marital domesticity with its ordinariness, its routine, its regularity, its normativity for gods sake, and they might soon, once the ink fades on the gay marriage contract, look back longingly on the old days when they were at least seen as exotic and perverse! The only thing worse, the movie implies in Woody Allen style, than being hated and feared is being loved and accepted! But this is not Woody Allen angst with its nebbish misogyny and fear of women, this is Shrek’s world and while Shrek may want to get his roar back, Fiona has fantasies of her own liberation.

In the bizarre universe in which Shrek has never been born, we learn that Fiona, a feminist all the way, and here comes the second queer reading, rescued herself from the tower and now leads an underground resistance movement against the tyranny of a very queer and bewigged Rumpelstiltskin. Fiona is awesome in her armor, flinty in her determination and politically potent in her mission. The two forces that clash in this alternate universe are interestingly homosocial – the Ogre army, except for their female leader Fiona, is all male and their camp looks a lot like a leather night out at The Stud! And Rumpelstiltskin’s army is all female – they are in fact witches who cackle and zoom around on broomsticks when they are not dancing all night at a techno party in the palace. In fact, one could say that the witches’ ball, a vast dance floor filled with alternative looking ladies in dark garb, is one of the best lesbian bar scenes since the shots of the famous London lesbian club, Gateways in The Killing of Sister George (1968)!

The alternative universe in Shrek Forever After may well be ruled by the tyrannical Rumpelstiltskin in white, red and outlandish wigs, but it is still way more interesting than the land of Far Far Away. In fact, as Amy Biancolli wrote in the San Francisco Chronicle: “Rumpelstiltskin…is a joy to behold, a totalitarian psychoneurotic gnome for the ages.” Indeed he proves the truism that has held from Paradise Lost right through Shrek 2 that villains are ever more interesting than heroes. If God was boring, as William Blake said, in Paradise Lost and the devil stole the show, what hope is there for a big, boring, green hero against a small, red-haired, conniving emperor. None at all but while the audience may have been rooting for the witches, the despot and against “true love’s kiss,” hetero romance does have a way of winning out and spoiling everything. 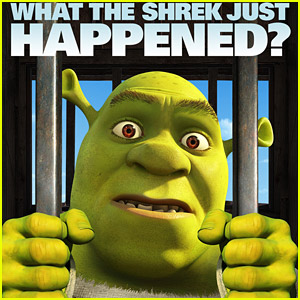 Of course, Fiona eventually falls in love again with Shrek and Shrek again saves the day and returns happily to the life he had roundly criticized only an hour earlier, but the title of the film suggests that this ending is more punishment than reward – “Shrek Forever After” sounds more like a life sentence than a destination and if there is another sequel or prequel, or, and I always hold out for this, a squeakuel, I hope someone will consult with me because I have a great plot that features an even butcher Fiona, lots of witches, some hot prison scenes, many pussies in boots and even a few cross-species hybrids. Call it Beyond Shrek or Ogrettes in Chains or The Well Of Witchiness, call it what you want but please Pixar and Dreamworks, less male midlife crises in the future and more ladies up in arms!

2 replies on “The Ogre’s Roar”

Jack–Having just seen the film yesterday, it’s fresh in my mind. I’m very compelled by your reading. Would just add this: Rumpelstiltsken. He, too, signalled queerness to me: he’s the (evil) queen who runs the club/prison camp. The shot in the poster above with him in his red wig is a quotation from the Bass and Rankin early puppet animation film, “The Year Without a Santa Claus”–remember the bitchy brothers who fight over the weather, Coldmeister/miser (?) and Heatmiser? They throw tantrums and are high camp, and Heatmeister/miser has the “flaming” red hair. So, butch Fiona vs. high queen (marie antoinette also comes to mind via the white wig, goose, etal) conspicuous consumer Rumpelstiltsken… Liberation for Shrek etal thus reinstates the hetero status quo…again.

Wow, that is a really great connection, I did not remember that film but it must be taken from that…cool! But yes, the Marie Antoinette connection is obvious and attempts to depict Shrek as “of the people” and Rumpelstiltskin as a temperamental despot! thanks for this Katie!
Jack